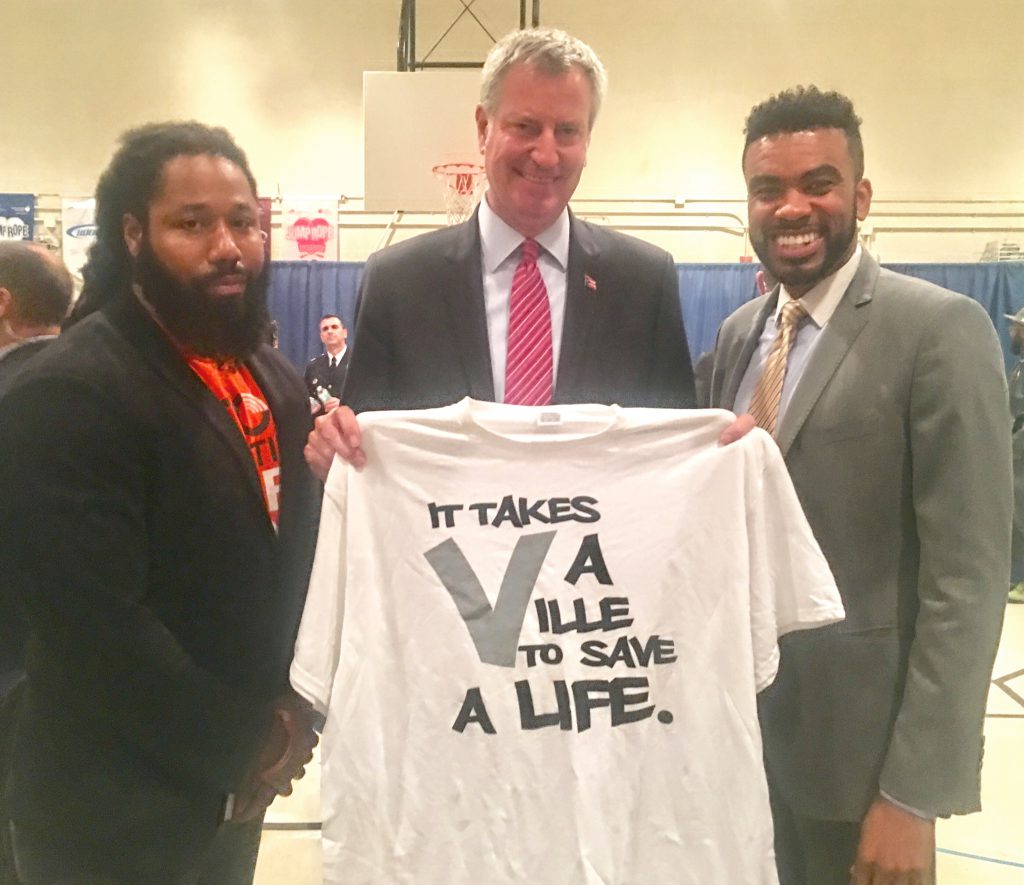 Earlier this year, we profiled the work of Zayquan, a young man who has devoted himself to interrupting the cycle of violence in Brooklyn. The work of Zayquan is the result of his participation in our Brownsville in Violence Out program (BIVO), one of CAMBA’s initiatives that has seen remarkable gains over the past two years.

New York City generally has seen a reduction in crime in recent years, but the results in areas where Cure Violence has been implemented have been astounding. This model, which treats violence as a public health issue, is credited with reducing stabbing and gun injuries faster than traditional methods. In fact, since BIVO implemented the Cure Violence model in the 73rd Precinct in 2015, shooting incidents decreased by 25% compared to the 10% citywide reduction.

Last month, Mayor Bill de Blasio highlighted the work of this program in his 41st town hall meeting, which was set in Brownsville, Brooklyn, where BIVO’s work is headquartered. The Mayor saluted BIVO’s incredible efforts, saying:

We’ve gotten safer over the years … because neighborhood residents work so hard to make us safer. … Another crucial piece of the equation is the Cure Violence movement. I want to thank some individuals who have been involved [including] CAMBA’s BIVO program. You have done amazing work and made a difference in people’s lives.

All of us at CAMBA salute the important work of the BIVO team, which exemplifies CAMBA’s mission to transform lives and bring opportunities to those in need. Find out more about BIVO’s work on camba.org, or follow them on Facebook.