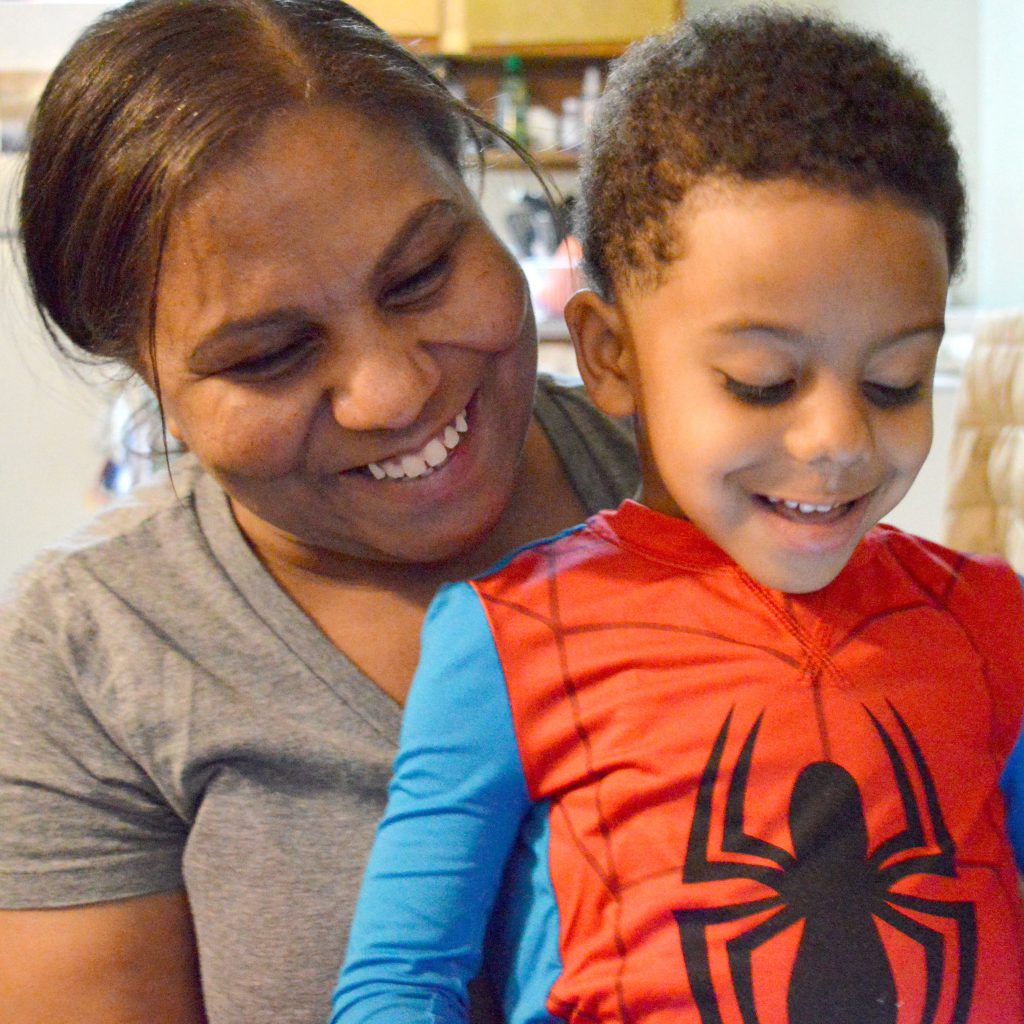 SafeCare is about telling you that you’re good, you’ve got this.

Throughout March, which is Women’s History Month, we have reflected on the value and promise that each woman holds. CAMBA takes pride in being able to provide support to all women, in the diversity of their roles and identities, including single moms like Ms. Noble.

Ms. Noble grew up in the Bronx and was excelling in her job as a retail manager when she unexpectedly became pregnant. She was forced to leave her job after having her child because she couldn’t afford childcare. Though Ms. Noble was terrified of being homeless, without an income to support herself and her son Dru, she ended up entering the shelter system with him when he was a toddler. Ms. Noble found herself in a dark place in her life where she felt lost, unsure of who she was and helpless in figuring out how to make a better life for herself and Dru.

Ms. Noble was skeptical: “Would they tell me I am a bad mom? Is this really the help I need right now?” But once she gave it a chance, she found that the program did more than just give her the tools and strategies to manage toddler behavior. “It helps you feel like you aren’t just a mother; you’re a person,” she says. She gained a friend in her SafeCare case manager, Ms. Addie (Adebukola Adeniyi), who helped her see that the same coping strategies she used as a parent could also help her as a breadwinner.

Once you master one thing (parenting), you can master it all.

Through the SafeCare program Ms. Noble learned to do things that made their home safer for Dru, such as keeping harmful chemicals out of his reach. Ms. Noble also learned to use positive discipline, rewarding Dru’s good behavior with things like stickers and hugs, instead of focusing attention on misbehavior. She learned to plan activities and give Dru the opportunity to feel empowered through choices, like blocks or puzzles. In turn, Ms. Noble found that she was feeling more empowered herself; planning her day turned into planning for the next few years, researching GED programs and getting part-time jobs that fit with her child care.

As Ms. Addie says, “Once you master one thing (parenting), you can master it all.” This rings true for Ms. Noble, who has since moved into permanent housing and plans to earn her GED by the end of this year, exercising control over her life.

Ms. Noble knows that there are other women in similar situations who could benefit from the support that SafeCare offers. She emphasizes the fact that “SafeCare is about telling you that you’re good, you’ve got this” in every area of life.

Learn more about how CAMBA’s 2020 Vision Campaign prevents homelessness by helping people develop the skills they need to lead independent, productive lives on our website.